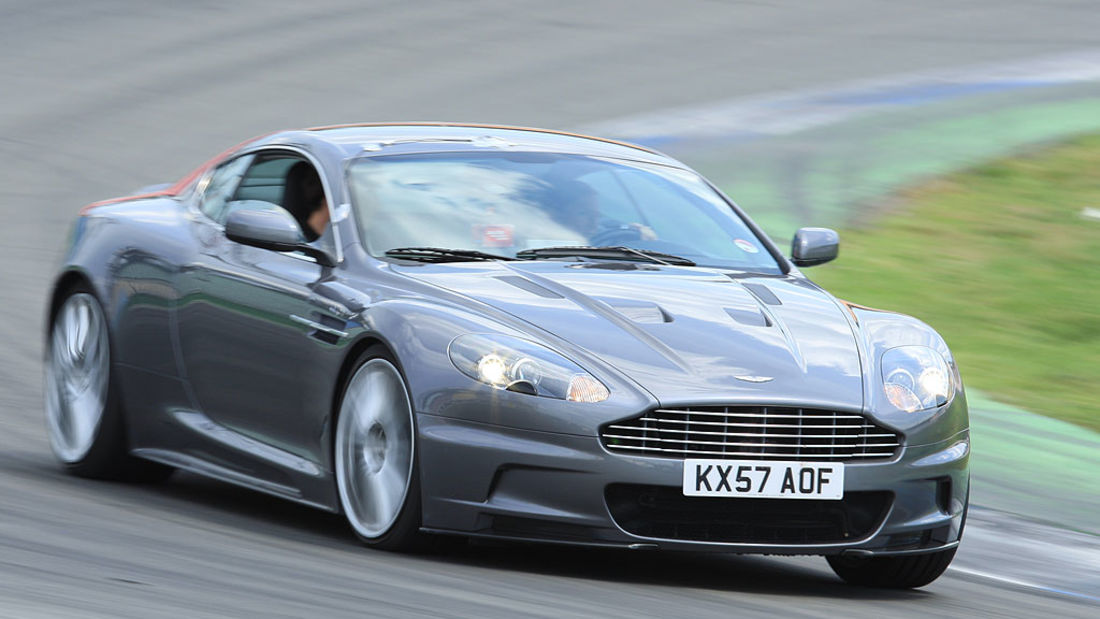 W e save us the comment on the material-murderous stunt interludes in the Bond film Casino Royale and also contain the usual hymns of praise for the Aston Martin DBS, which pay tribute to its origin and price range. To do this, we put the subject areas of style, elegance and tradition that are always in the foreground in this environment aside and bridle the noble horse - even if it's unusual - in the Supertest, for once, something different.

Let's look at the Aston Martin DBS in a matter-of-fact and unmoved manner. As if it were a perfectly ordinary car: One with a conventional gasoline engine, normal manual transmission, two doors and two seats - and with strengths and weaknesses like any other. Let's see how long this works. The unaccustomed equal treatment could perhaps make it easier to approach this extremely expensive, because mostly handcrafted, British high-flyer in a neutral and objective manner and to examine its inner values. Because the 517 PS strong and well over 300 km /h top model of the twelve-cylinder series undoubtedly has a lot to offer.

In the area of ​​the chassis, for example: It is an intelligent combination of extremely solid and lighter materials made from extruded aluminum profiles, cast nodes and extremely expensive magnesium components. The body skin of the Aston Martin DBS is also made of aluminum, which forms a visually discreet, homogeneous connection in the front and rear bumper area with exquisitely processed carbon fiber materials.

Behind the large ones Wheels of the Aston Martin DBS - after all, 20-inch models are turning here - the connoisseur of the matter already recognizes the first visible indication that things are not spilled in this environment, but padded. Brake discs made of ceramic composite material, with a diameter of almost 40 centimeters on the front axle, already visually indicate the tremendous energy that they have to convert in extreme cases. The two exhaust tailpipes framed by the suggestion of a diffuser made of carbon fiber material are again discreet and not, as is usual in this genre, optically brushed for riot.

Except for the suggestion of a spoiler lip in the front, moderate molded sill solutions inthe flanks and a small, perky rump on the trunk lid, in terms of aerodynamics on the Aston Martin DBS, there are no further indications that racing was forced to provide support as a godfather. A - it looks like - quite normal coupé for everyday life, with flowing lines, homogeneous proportions, noble materials and, last but not least, subtle colors inside and outside.

The Aston Martin DBS swims around with all obvious efforts Optical restraint is never inconspicuous or even undetected in the crowd, but attracts every look with its own magic even from a distance. This probably has to do with that British aura that Anglo-Saxon esotericists claim can be seen. Don't worry: if you lack this gift, you will still discover something of what else makes the Aston Martin DBS so special - even if it's just the sound that attracts everyone's attention. If you have heard the twelve-cylinder with one ear, the future of automobiles or sports cars may now seem even more bleak.

Acoustic extravagances of a twelve-cylinder

If it one day It will be a long time before the electric motors hum their song of C02-free locomotion in a big choir, then the irretrievable time will be sung with sadness, in which the acoustic extravagances of a six-liter, 60-degree, twelve-cylinder V-engine are still part of everyday life belonged. The extremely warm tone of the Aston Martin DBS engine, the steady cycle sequence, the gurgling rumble and the robust sawing - all these are signs of a talent that makes the language of the past century tangible in an exemplary way.

To describe it as loud - which could be proven with certainty by measurements - would mean duping a true classic of the highest order. Even onlookers staying under the spell of the Aston Martin DBS feel the pleasant shiver on their backs (if they are not completely immune), which sets in as soon as the twelve-cylinder starts to work as if announced by a bang, shortly afterwards back to a subtle, socially acceptable one Rumors to expire.

Unmistakable signs of the waves of enthusiasm spreading around the Aston Martin are the upward-pointing corners of the mouth and the dreamily wandering gazes into infinity. In such moments, at least for the crew, everything that may have accumulated in minor or major misfortunes is forgotten. For example, because of the relatively small tank, the consumption of the Aston Martin DBS's capital combustion engine, which is always in the spotlight. Or the non-continuous center armrest, interrupted by an annoying shelf, on which you can sitSwitch occasionally the funny bone strikes. The somewhat stiff clutch as well as the steering wheel tremor that sets in on a bad road and the delayed braking effect in wet conditions are things that the driver of an Aston Martin DBS accepts in order to get back into the direct sphere of influence of this magnificent machine.

Regardless of the incredibly long gear ratio chosen for reasons of consumption, the six-liter unit is extremely dashing to dispel concerns about the assertiveness also with regard to this internal problem: the meaningful test in terms of elasticity - the sprint between 80 up to 180 km /h in the last (6th) gear - the Aston Martin DBS does it in 17.8 seconds. That is only a good two seconds more than can be estimated for a classic super sports car such as the 560 hp Lamborghini LP 560-4. 4.6 seconds pass from a standing start to 100 km /h and 13.8 to 200 km /h. And that, although the Aston Martin DBS - especially with cold drive tires - has to work with noticeable losses in terms of traction.

DBS starts with a six-speed gearbox

In addition, the Aston Martin goes DBS does not start with an automatic, but with a conventional six-speed transmission, which in terms of shifting speed is perhaps a bit at a disadvantage compared to a current dual-clutch transmission. But apart from the one or two tenth of a second that the Aston Martin DBS may lose as a result, the conventional way of portioning the immense range of services according to your own taste with a solid, non-slip switch stick in your hand is still a pleasure. Even if a little more forceful handling is required, it is still a pleasure to surf through the three shift gates.

The praise also applies, by and large, to the driving behavior of the Aston Martin DBS. Even if a few question marks arise with regard to his character orientation when he first contacted him. The fact that the Aston Martin DBS initially leaves a somewhat sedate impression is less due to the mass, which at 1,727 kilograms is an acceptable level for its size, but to the somewhat indifferent steering characteristics when maneuvering. You are noticeably dealing with a large car. The grave movement pattern fits in a certain way with the aristocratic streak of the British coupé. With a moderate driving style, however, it covers a core competence that was explicitly written into the specifications and that only gradually becomes apparent in the further course of the driving dynamics investigations.

Impressive times at Hockenheim and on the Nordschleife

Ultimately, the impressive times in Hockenheim and on the Nordschleife with thetheir own power of persuasion that the DBS is by no means a bluff. Or, to put it this way: the DBS is objectively much better positioned in terms of driving dynamics than its moderate Gran Turismo appearance suggests. What makes things even more enjoyable: The athletic merits do not have to be bought at the cost of insubordinate handling or even daring.

The lap times flow from the drive train, so to speak. The slight pushing over the front wheels, which has to be noted in tight curves, is tolerated in the form shown by the DBS, as long as a rear-wheel drive of this size remains peaceful even when oversteering. In fact, if its talents and resources are used appropriately, the Aston does not show any unpopular characteristics, be it in the form of sudden, difficult-to-calculate attempts to break out or through any pretentious load change reactions.

That dealing with power generally requires a special instinct, that should preferably reach down to the foot of the accelerator does not need to be emphasized - especially if the safety measures of the electronic driving aids are to be dispensed with. In wet conditions, this is not advisable because the two-seater with a high front axle load of 908 kilograms follows the steering commands stably for a long time, but suddenly gives up lateral grip due to the energetic impulses on the rear axle.

Good The intended attempt to meet the high demands on the part of the clientele, who are physiologically more focused on comfort, but psychologically but at the same time often focused on sport, leads to a compromise in the result - as so often. The basic setup of the Aston Martin DBS reveals an inconclusive mixture of robust rolling of the wide tires on small bumps on the one hand and a somewhat too flexible swinging of the body on long bumps on the other.

The Aston Martin operates in the sport stage DBS is more consistent by switching to bone dry overall. However, the hardness shown does not match either the character of the coupé or the conditions that normal everyday life demands. A better lap time on the Nordschleife cannot be achieved with the sports setup either, because the drivability and therefore the confidence suffer from the hardening. Only on flat terrain, such as on the short course in Hockenheim, does the sense of such tightly chosen damper settings become apparent: accordingly, the Aston Martin DBS impresses there with very immediate reactions to the steering commands - primarily because the body's body tilts beneath it Circumstances is considerably minimized and the line is therefore easier to hit and hold.

The signals sent by the Aston Martin DBS are therefore not deceptive: Neither the ergonomically perfect molded sports seatsthe huge braking system can be understood as a hollow promise. They are logical components of an overall system that gives top priority to true sportiness. The fear that the claim as a style icon could suffer as a result turns out to be completely unfounded. The mix of grandeur, invisibly tattooed on the aluminum skin, and youthful dynamism is actually rarely found in this form. 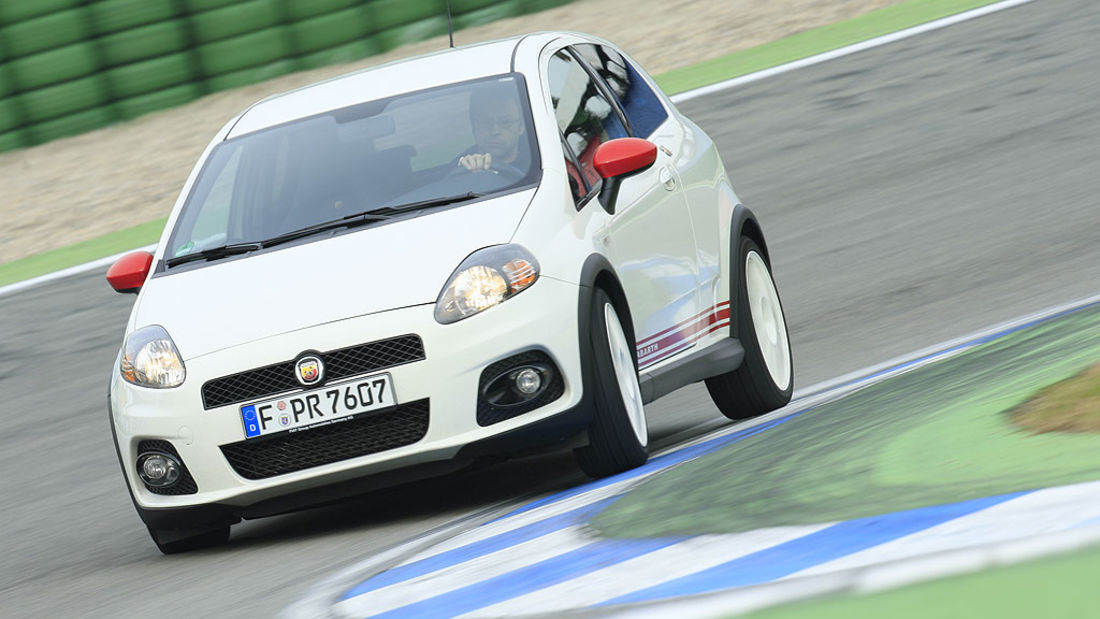 Porsche in Detroit 2017: Michelin helps out 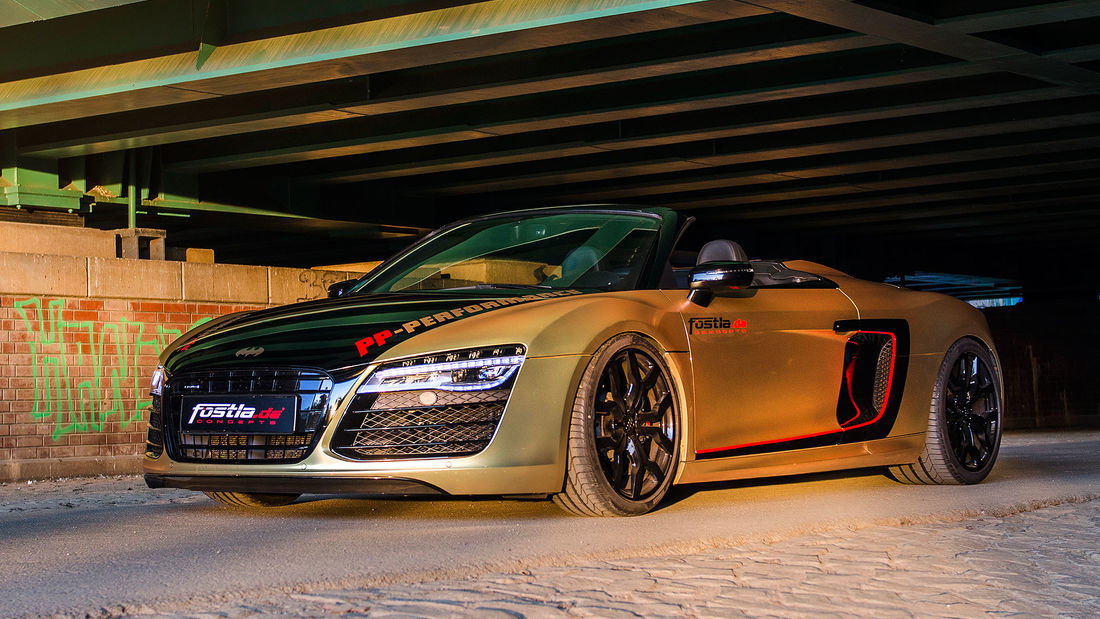