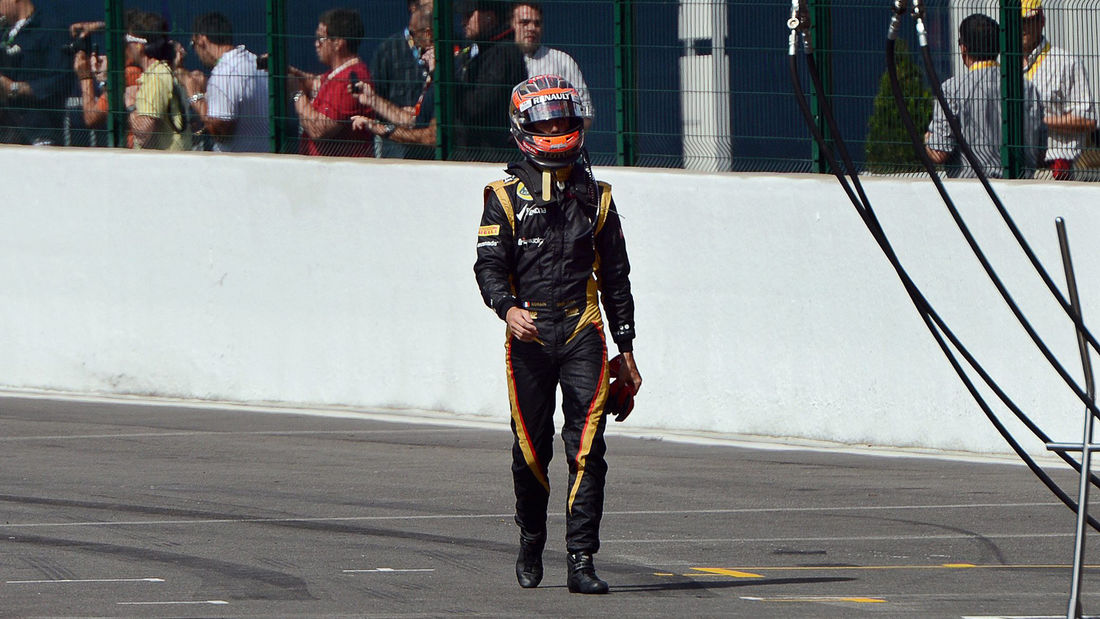 R omain Grosjean initially crashed at the GP Belgium with these words from: 'Small cause, big effect.' When he learned of his sentence, he changed the key. 'If racing is everything in your life, then a race ban is the worst thing that can happen to you. But I accept the stewards' penalty.'

There was nothing else he could do. Eddie Irvine dared to criticize a penalty of sport sovereignty after a collision at the 1994 Brazilian GP in 1994. The then Jordan pilot was banned for three instead of one race.

Experts in favor of ban against Grosjean

In the paddock there was all round applause for the decision of the stewards. From the camp of McLaren, Ferrari and Sauber it was said behind the scenes: 'A race ban is not enough for Grosjean. He is well served with this penalty.' Niki Lauda rumbled: 'Grosjean had to be banned. You can't allow such madness any longer. Alonso had a huge mess. He could have been seriously injured. You had to show the Grosjean: Until here and no further.' p>

All the other commentators in the paddock shared this opinion. Mark Webber showed little sympathy: 'This accident could have ended very badly. Look at how close the lotus flies past Alonso's hand and head. It is better to punish him before someone is injured.'

Fernando Alonso remained calm. He didn't want to point a finger at Grosjean and demand a fine. The Spaniard suspected that she would come anyway. Therefore, he remained cautious in assessing the question of guilt. 'Two hotheads got in each other's way and I was in the wrong place at the wrong time. It's true that Grosjean was involved in a collision for the seventh time on the starting lap, but you can't compare all accidents. Sometimes you can see things are easier on the television than they really are. '

After a long period of digging, the Ferrari driver said:' Maybe it's time for a lesson. But that's not my decision, it's the one the sports authority. We saw a lot of serious accidents here in Spa in GP3 and GP2. In the end, it's always up to us drivers to prevent that. We should drive with respect for each other and use common sense. '

The fact is that Romain Grosjean has a problem with driving in a crowd. He changes lane too often and too abruptly. And that always leads to contact with the enemy. Here is his complete register of sins:

- GP Australia: Collision with Pastor Maldonado. Grosjean retired after a break in the right front suspension, Maldonado was able to continue. Excuse from Grosjean: 'Maldonado braked way too late.'

- GP Malaysia : Grosjean turns Michael Schumacher around. Both can continue. Three laps later, Grosjean flies into the gravel. Version Grosjean: 'Webber passed me on the inside in turn four. Michael wanted to follow him. There wasn't enough space for two cars.'

- GP Spain : Grosjean slashes Sergio Perez on a rear tire in the third corner. The Lotus driver continues and finishes fourth, while Perez pits to change his tires. 'A normal racing accident,' said the Grosjean camp.

- GP Monaco : Grosjean collides first with Alonso, then with Michael Schumacher. When the wheel at the rear of the Lotus kinks, he spins through the field and carries Kobayashi with him to ruin. Comment by Grosjean: 'I was to the left of Hamilton and Alonso and Michael was further to the left. There was simply no space for four cars. Suddenly I looked the field in the eye. Not a nice feeling.'

- GP England : Grosjean slashes Paul die Resta's right rear tire. It's the end of the day for di Resta. Grosjean had the front wing swapped and finished sixth. Grosjean sees it differently: 'I was lying on the outside next to Hamilton when a Force India hit me on the front wing.'

- GP Germany : Grosjean collides with Senna. Both have to pits for an early repair stop. They finished 17th and 18th at the finish. The incident from Grosjean's point of view: 'After a good start, there was contact between another car and me on the straight. I don't know exactly what happened, but I had to break with one Front wing and a puncture to the pits. '

- GP Belgium : Grosjean drives Hamilton against the left front wheel and triggers a mass collision that immediately puts Hamilton, Alonso and Perez out of the race rips. Kobayashi's Sauber is so badly damaged that with a huge hole in the side box and torn-off baffles, he ranks 13th without a chance. Grosjean doesn't really take the blame: 'I was approaching the first corner when the rear of my car hit the front of Lewis' car. Honestly, I thought I had already passed him fully and there was enough room for him In no case was it on purpose. I didn't want to push him away. '

Up until Spa, Grosjean had always got away without a penalty, even though she had already been challenged several times in paddock circles. Especially from the warehouse ofSauber, who were stolen from possible World Cup points because of Grosjeans arrogance in the initial phase with Perez (Barcelona), Kobayashi (Monte Carlo) and most recently Kobayashi and Perez in Spa. The barrel was just full. Grosjean tried to see the incident and the penalty as positive: 'It's all part of a process that will make me a better driver.' You can imagine the unspoken answer among colleagues: Hopefully.

In our gallery we have the spectacular pictures of the crash again. 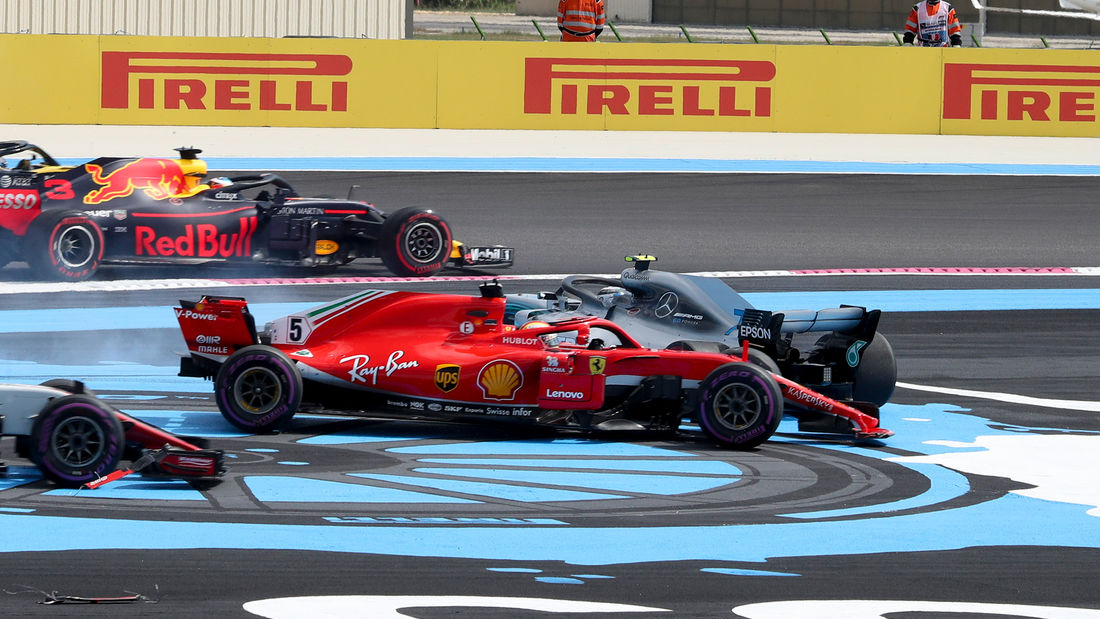 Race analysis GP France: Was the Vettel penalty too mild? 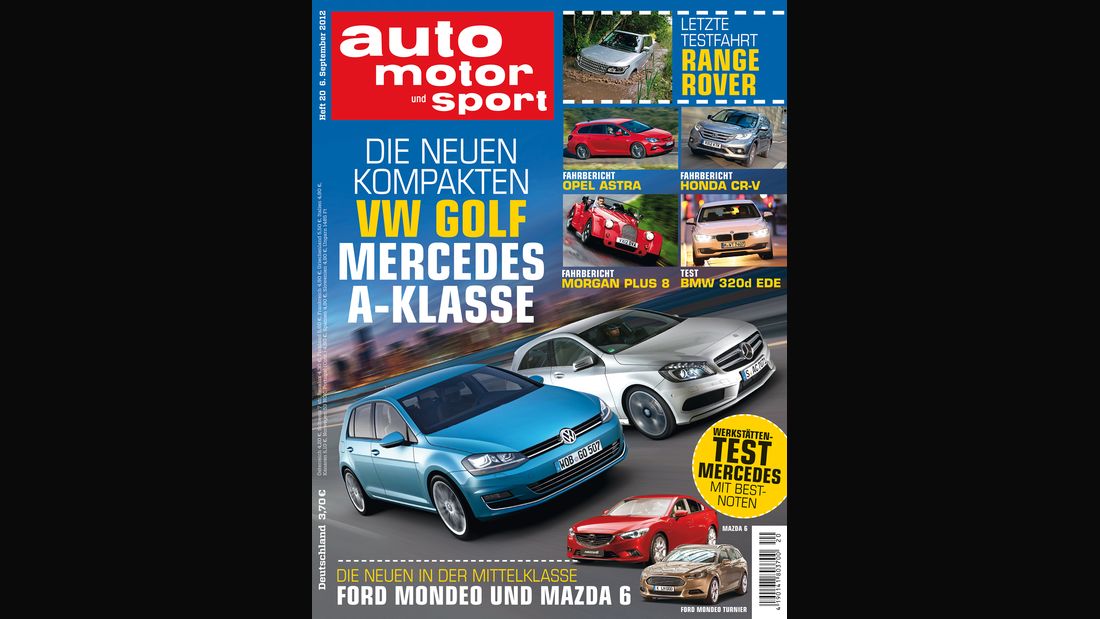 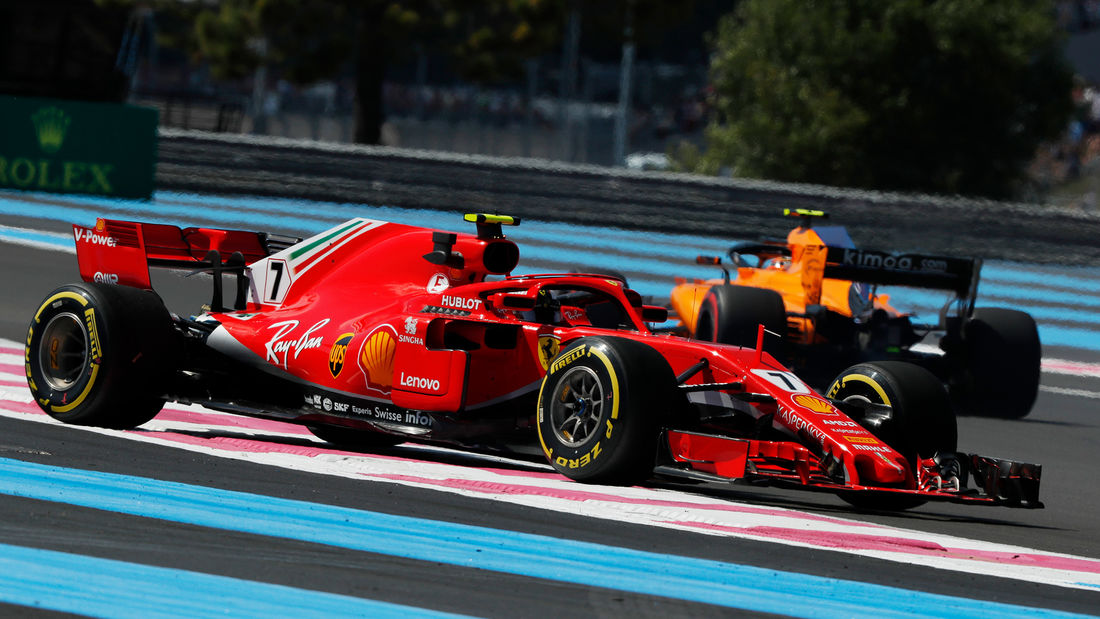 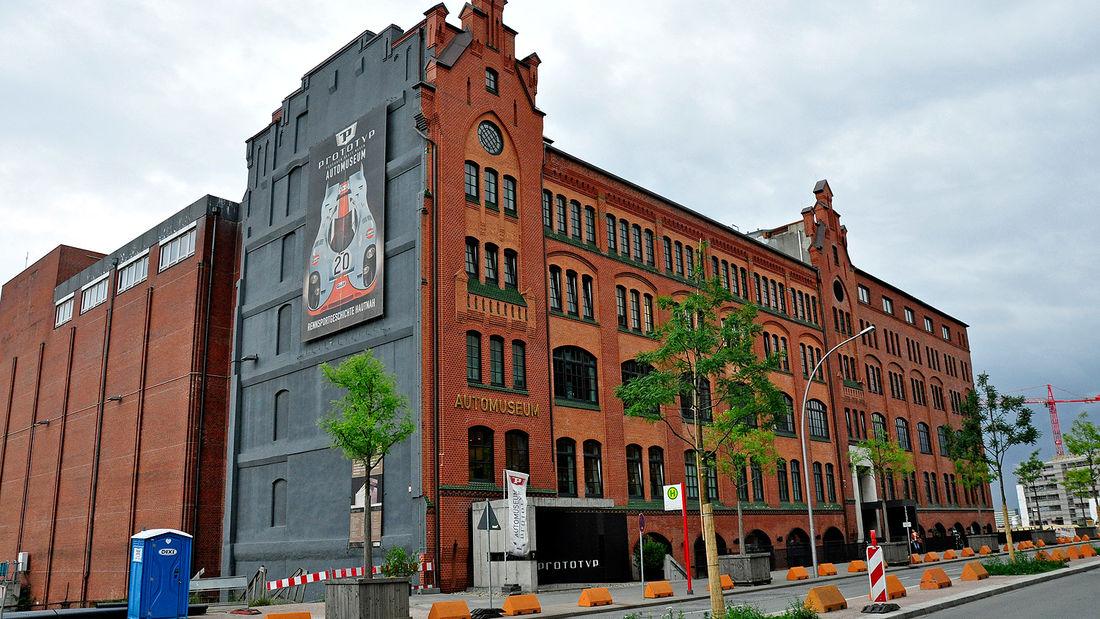 Car museum prototype: That's why you have to go to Hamburg!