D he last weeks before the presentation the Delahaye 235 Coupé d'Elfe at the Paris Salon were the worst. “We worked day and night, my father brought the team sandwiches and coffee,” says Claude Figoni. The son of the famous bodybuilder Joseph Figoni, who died in 1978, witnessed it himself: 'When a worker complained of fatigue, my father sent him to the Bois de Bologne to take a breath.'

Figoni, the perfectionist - 2,000 hours of work for a Delahaye

The master of the French art of form was difficult to please. Overnight he kept changing details on the plaster molds for the Delahaye 235 Coupé d'Elfe in 1:10 scale, which served as models for the bodywork. “The most terrible thing was when my father took a lot of effort to look critically at parts such as fenders or wheel covers and simply threw them on the scrap because he didn't like them perfectly.”

This ceremony was repeated every year - also in 1953, when Joseph Figoni dressed the
Delahaye 235. The effort was enormous: around 600 worker hours per car were required for sheet metal production alone. The painting devoured another 150 hours with all the preparatory work. The workers needed 400 hours to complete the body, including fitting the dashboard and installing the chrome and windows. The upholsterers also sat 150 hours on each copy. The bottom line was that around 2,000 working hours came together.

Three examples of the Figoni 235 were built by hand, including the one with chassis number 818.028. It should be his last. This coupé, dubbed “L'Elfe” because of its elf-like elegance, differed from its two predecessors in that it had a sportier grille, door handles embedded in the body and additional fog lamps. In contrast to the baroque Delahaye of the late thirties with their swelling shapes (nickname: Narwhal), the L'Elfe looks simpler and sportier, without missing the usual elegance.

Joseph Figoni drove the Delahaye 235 Coupé d'Elfe for quite a while and presented it at a Concours d'Elégance before giving it to a friend sold. The coupé was then resold four times before it came into the hands of Christoph Grohe.

“To manyThe first paint can still be seen in places, ”enthuses the Swiss classic car specialist. Inside, the Delahaye 235 Coupé d'Elfe bears the patina of its 50 years with dignity. The cockpit is dominated by two large Jaeger round clocks for speed and revs, which reflect the taste of the time no less impressively than the nine amber-colored Bakelite buttons with which the electrical functions of the Delahaye are activated. Pressing the button marked with D activates the starter.

The three and a half liter in-line six-cylinder of the Delahaye 235 Coupé d'Elfe starts immediately and expires in idle at 900 revolutions into a sympathetic, deep bubbling. The sound is a bit reminiscent of a V8 from US production, only finer and more contoured. If you give a little gas, the exhaust also accentuates a sporty, powerful undertone.

The most unusual thing about the Delahaye 235 Coupé d'Elfe is the gearbox including the shift mechanism. If the driver operates the tiny selector lever on the left steering column, the respective gear is engaged electromagnetically without clutching. This so-called Cotal transmission comes from racing, in which Delahaye was able to achieve some successes.

One of the highlights was winning the 'Prix du Million', for which the Automobile Club de France offered a million francs as a prize - for those who set the course records held by the Germans at the Linas Autodrome. Montlhéry should break. It was a 200 hp Delahaye that won the 200-kilometer stage with a top speed of 235 km /h and an average of 145 km /h. And that's not all. In 1938, the racing driver René Dreyfus on Delahaye even succeeded in beating Rudolf Caracciola at the Pau Grand Prix in a three-liter Supercharged Silver Arrow that was twice as powerful.

In racing, quick gear changes with the shortest possible traction power interruption were important - and the innovative Cotal guaranteed that -Transmission. However, the pilot has to be prepared for a mirror-inverted shift pattern. The first gear is on the top right, the second below, for the third it goes to the top left and for the fourth back down again.

The tiny lever is amazingly easy to use: it is best to grasp with the left Hand the pitman arm and then switch with just your thumb. When driving hard, however, it is also advisable to put pressure on the clutch: This protects the gearbox and helps the complicated mechanism to select the desired gear without jerking or scratching noises. Otherwise, the driver can ignore the corresponding pedal.

The unusual switching feel without any effort contributes a lot to thatcomfortable overall impression of the Delahaye. The steering is surprisingly easy too. This is mainly due to the indirect design. The stately size of the wonderful wooden flounce with its metal core and the easy-to-grip finger recesses also contribute to the playful appearance.

The suspension is also litter-like and soft and, like the wide, comfortable leather seats, goes perfectly with the comfort-oriented character of the coupé. The fact that the Delahaye 235 Coupé d'Elfe leans significantly to one side in the curve and the tires tend to squeal even at low speed does not detract from the feeling of well-being on board.

In summer temperatures, the two-stage, The large sliding roof of the Delahaye 235 Coupé d'Elfe that pops open at the push of a button is a pleasure. When the side windows are also opened, there is almost a fresh air feeling like in a convertible. The irony of history: Figoni earned more with the patent for this sunroof construction than with his cars.

Nevertheless, it was not enough to survive: more modern sports cars from Italy and England made the heavy and expensive one-offs increasingly competitive. In 1954 Joseph and Claude Figoni had to close the body shop and became Lancia dealers, Delahaye was swallowed by Hotchkiss in the same year. From then on, the car showrooms in Paris were one attraction poorer.

Buying advice Ferrari 365 GTB / 4 Daytona: All you need to do is pray - no repairs, please

Ring-Taxi - BMW M3 (E30): The fastest taxi on the Nürburgring

IFA P 70 Limousine in the driving report: Cardboard, the first 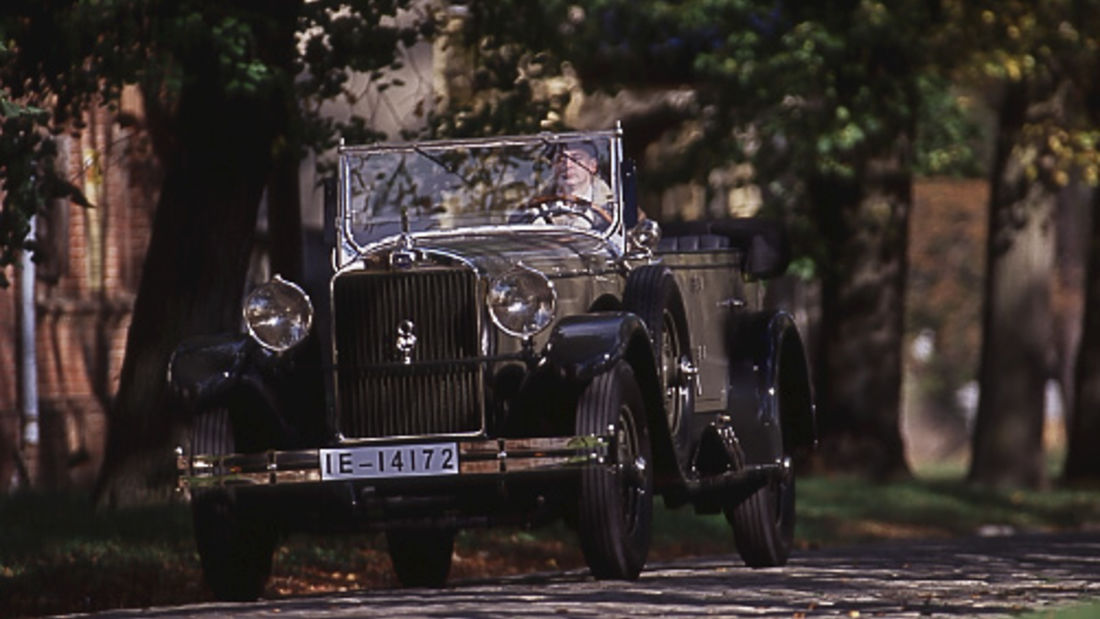